Here in Colorado, it almost always snows on Halloween. In the last 7 years it has done just that. But this year, we were out without 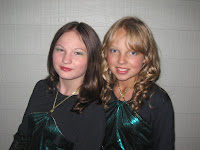 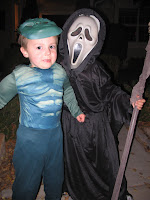 nds and a mother walking 'a house' behind. So as Taylor was up ahead, I had invited my brother and his little one to walk with the hubby, Bayle, and I. Bayle went as 'Scream' and Jacey went as the Hulk. And the kids were running from house to house with their baskets filling them up, trying to race to the next house and be the one to ring the doorbell. But in the end, they all came home with enough candy for the next two years.

Posted by Christina at 9:50 AM